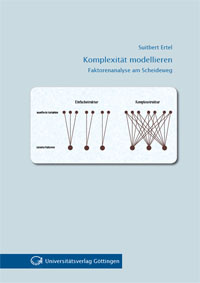 The present study aims at disclosing a methodological prejudice which has misled factor analysis since its beginning. Simple structure, the guiding principle for factor rotation (Thurstone, 1935/1947), is regarded as a questionable dogma. The Thurstone principle impedes the discovery of latent sources of variance on which manifest empirical variables are based. This criticism is elucidated by theoretical considerations and by verbatim quotations of critical authors. The present calamity of factorial research is deemed to be due to general flaws of methodical reasoning. One-sided mathematical formalization in the discipline has lost its objectives by ignoring ordinary sources of knowledge and linguistic processing. The problem of simple structure cannot be solved by circumplex- and structural equation procedures which suffer from the same flaws as simple structure modelling. A paradigm change is overdue. An alternative factor transformation modeling complex structures is demanded, it will be delineated in chapter 2. This chapter is a sequel of chapter 1 (Ertel, 2009) in which varimax, the procedure of factor rotation commonly used to generate simple structure, is replaced with varimin. Varimin aims at manifesting interacting aspects of latent structural components. The model of complexity which is outlined by initial factor extractions is optimized. The new method raises a number of issues of which five are discussed at length. Are varimin factors interpretable Can latent sources of covariance, being complex already by initial solutions, be rendered more complex? Have simple structure solutions in common practice not been tolerable, to say the least? Varimin factor loadings are often bipolar. How to interpret the bipolarity of varimin factors? Does varimin reveal contributions of variance originating from methodical sources? Ten empirical applications of varimin transformation serve as examples. Particular features of transformation to complex structure, revealing latent sources of covariance (by varimin), are compared with pertinent results obtained from transformations to simple structure (by varimax). Varimax will remain useful merely for clustering objectives. Attention is also drawn to limitations of the methodical innovation. Eighteen matrices with intercorrelations of eight subtest variables of the intelligence test I-S-T, widely used in Germany, were subjected to principal component analysis, the resulting factors were rotated by varimin towards optimal complex structure. The 18 varimin solutions were aggregated, two factors resulted: Varimin-F1 represented a general factor g (‘general or basic intelligence’), varimin-F2 represented an achievement-modifying factor, obviously dependent on preceding educational training and learning (‘learning assets’, l). The validity of varimin-F1, general intelligence, was ascertained by high correlations between g and test scores of general intelligence, operationalized by culture-free tests CFT und FRT. The interpretation of varimin-F2 found support by significant correlations with learning-dependent school grades and scores in orthography and arithmetic. The 18 PCA-factors were also transformed by varimax to simple structure. This transformation caused a splitting up of initial g into two seemingly separate factors, called ‘fluid’ and ‘crystallized’ intelligence by convention. In addition, differences between varimax F1 (fluid) and F2 (crystallized) regarding correlations with external criteria (general intelligence vs. school grades, training scores in orthography and arithmetic) which should have emerged were missing. The aggregate of varimax results yielded an unexpected third factor with considerable weight which, however, turned out to be an artifact of simple structure. Apparently, simple structure modelling of intelligence test data blends general intelligence with learning effects. Rotation of intelligence data to simple structure does not reveal, as it should, independent contributions of latent functional components. The results of a factorial study are reported using sports data whose underlying sources of variance are more transparent than those of invisible mental data: decathlon record scores. The aim was to compare varimin and varimax results regarding factorial stability and interpretability. It is shown that varimin factors revealed latent sources of variance in interaction, while varimax factors yielded obscure clusters of those sources of variance. In addition, factor structures obtained by varimin rotation were more robust to changing data sources than those obtained by varimax rotation. The new methodical turn might revive exploratory factorial research which, due to questionable results of the past, has lost reputation.