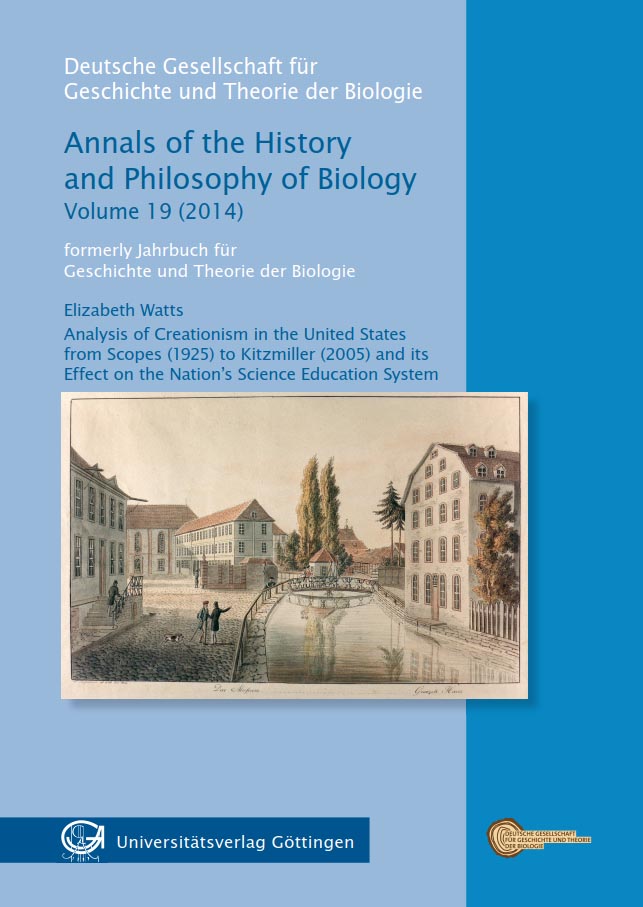 Creationism is based on a fundamental belief in the inerrancy of the bible and negatively affects science education because creationist proponents insist on the inclusion of supernatural explanations for the appearance of species, in particular the origin of humans. This detrimental effect on education is particularly relevant in the United States, where almost 70% of the population rejects the idea of naturalistic evolution and the majority of American students struggle to meet the college-readiness benchmarks in science and math. This dissertation provides a comprehensive look at the issue from historical, judicial and educational perspectives. Twenty-four legal cases in the United States regarding anti-evolutionary strategies were analyzed in detail. Strategic trends were identified ranging from the statewide banning of evolution in public schools to the required teaching of Creation Science. The exact effect of creationist political activity was discerned through the analysis of state science standards and textbook adoption processes, which illustrated the creationists’ ability to lobby for a diminished coverage of evolution in science standards and textbooks. It was found that despite attempts made by scientific and educational agencies to provide guidelines such as the Next Generation Science Standards, the majority of American state science standards continue to be sub-par and one of the major flaws of these standards is the overall attempt to weaken the coverage of evolution throughout the standards. A similar loss of quality occurs in textbooks since publishers engage in self-censorship in order to avoid controversial topics such as evolution in order to prevent their books from being rejected. An examination of the free-choice learning materials revealed that creationist proponents are very active and successful in producing books, films and museums for the sole purpose of promoting creationism. Moreover, a brief look at the creationist movement in Germany provided a powerful comparison to the United States and elucidated the key components necessary for a creationist movement to exist and flourish, namely the presence of fundamentalist willing to fight to get anti-evolutionary materials introduced into science classrooms. This study provides new insights into the creationist phenomenon, present not only in the United States but also increasingly present in European countries such as Germany. Understanding the detrimental link between creationism and science education will help the science community realize that this topic needs to be continually readdressed and that it is imperative that these creationist trends are not dismissed as inconsequential.