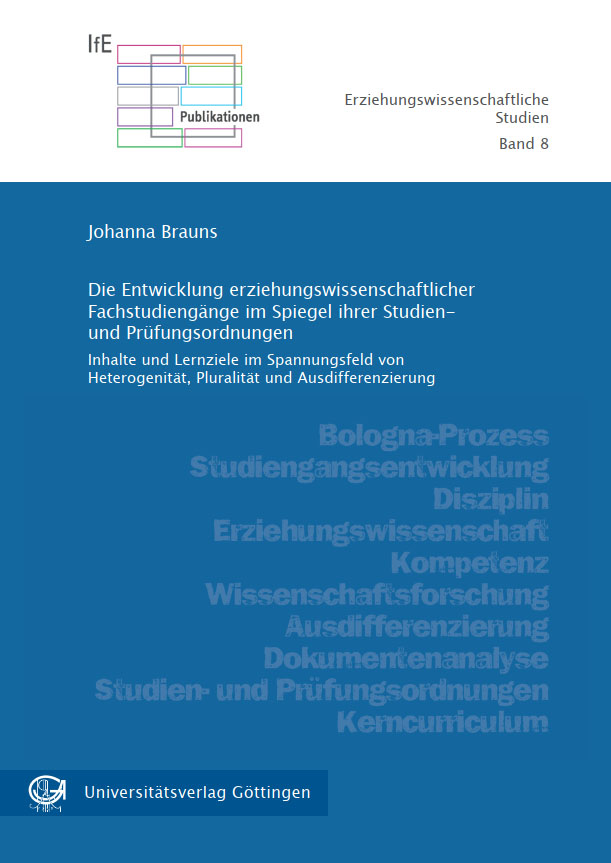 With the introduction of the diploma graduate program ‘educational science’ in 1989 began a story of success, which continues up until now. Concurrently began the ongoing criticism of the structure, goals and content of the graduate program. The reforms initiated with the Bologna Process, in particular the modularization of study programs, were also and especially observed with concern by educational scientists; In the current state of research the Bologna Process often assumed to be a central reason for the increasing differentiation processes of disciplinary structure. The study takes the thesis of this increasing differentiation and the associated empirical observations on heterogeneity and plurality of educational studies as its starting point. The competency goals and content of examination regulations and other central documents of the program design will be described and analyzed. The study enables insights into the shape of current educational graduate programs, the changing process from diploma to bachelor studies and the effectiveness of constitutive framework documents.