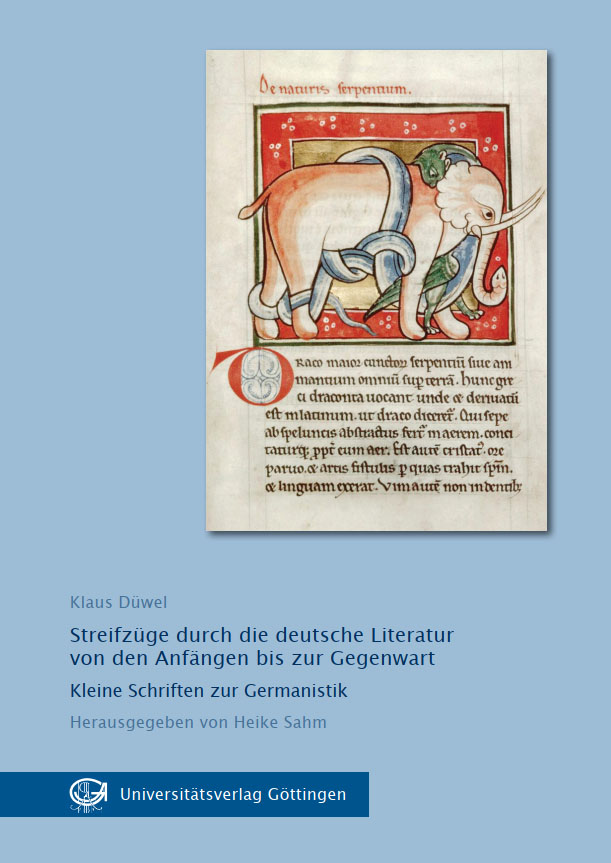 The essays by Klaus Düwel on German studies collected in this volume have been published for a period of around 40 years. They reveal that Düwel - in addition to Runology and Nordic studies - has also made German studies in its entirety his object of research. Philological accuracy, comparative readings and the question of the function characterize the analysis of the Middle High German texts from the 'Merseburger Zaubersprüche' to 'Reynke de Vos' and Luther. In addition, contributions to the history of reception in the Middle Ages have been included in this volume, which show quotations, discussions or reinterpretations of medieval artifacts, motifs, texts or heroic figures in modern times.