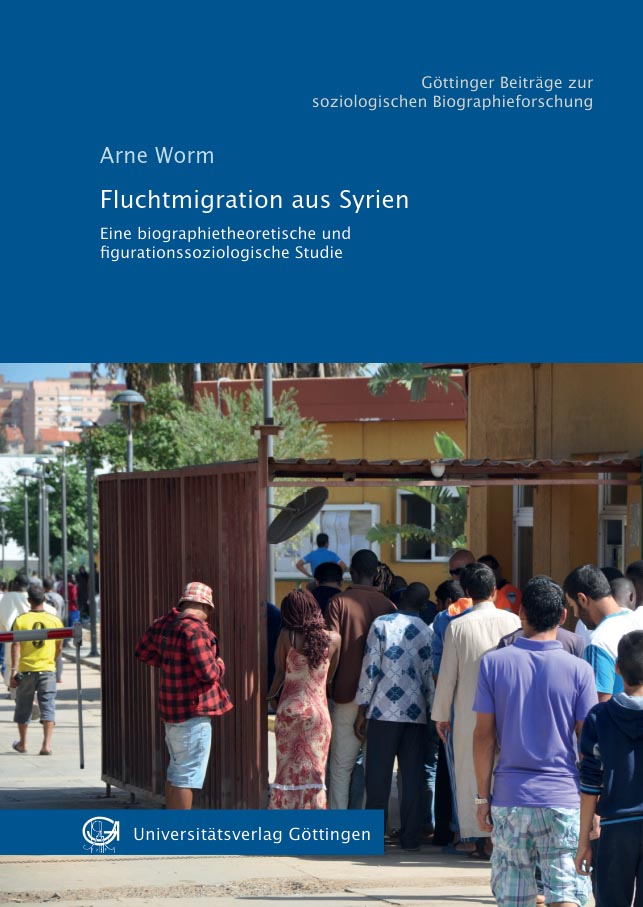 The armed conflict in Syria which began in 2011, caused one of the largest refugee movements in the context of collective violence and war since World War II. Those who fled during the complex, increasingly violent and militarized Syrian civil war – in total about half of the pre-conflict population – have predominantly looked for a place of refuge, security and participation chances in other regions within Syria or in neighboring countries. Relatively few people had the resources to migrate to comparatively distant countries (such as countries in the “European Union”). This sociological study focuses on the processes of “refuge migration” and the experiences of refugees who migrated in the context of the armed conflict in Syria via the Spanish-Moroccan border zone surrounding the enclaves of Ceuta and Melilla. Based on a combination of biographical and figurational approaches and the concept of belonging, I empirically reconstruct the migration, social situations and self-presentations of Syrian refugees in the Spanish-Moroccan border zone. My ethnographic research in the Spanish enclaves shows differences and similarities in the way Syrian refugees experience, deal with and present their social situation in these transit spaces of migration. A central finding of my study highlights that the refugees’ presentation of their life stories and their escape from violence are heavily overlaid by their present preoccupations in the refugee camp and the presentation of shared – or supposedly shared – experiences of fleeing from war. The focus of their biographical self-presentations lay on their precarious and heteronomous current situation and the presentation of a homogenizing we-image as “Syrian refugees”. These patterns of self-presentation obstructed speaking about their “individual” courses of flight from a war. This tended to cover up differences and social conflicts that existed in Syria before the war as well as diverging “individual” experiences of the war. Drawing on biographical case reconstructions, I contrast these findings by showing how war and armed conflict are processes of social transformation that have different meanings and different consequences for individuals and social collectives. The cases of a Syrian-Kurdish refugee, a Syrian-Algerian-Palestinian family and a Syrian-Turkmen married couple show how processes of “refugee migration” are interrelated with diverging life and collective histories. The interviewees’ experiences during the armed conflict, as well as the courses of “forced migration” are inherently related to changing positions within networks of interdependency. This explains why the conflict has very different consequences for the refugees’ present perspectives and constructions of belonging. My empirical results are discussed in the light of the state of the art in the field of refugee-studies and forced migration research. Drawing on perspectives from sociology and anthropology of violence and armed conflict, I conceptualize “refugee migration” as a certain type of migration: “Refugee migration” is a type of migration that is constituted in the context of social transformations and changes in the social order caused by, and causing, collective violence. Violence-based transformations are an integral part of the genesis and the overall trajectories of these processes of migration. These transformations affect social boundaries and figurations between individuals and groupings, constructions of belonging and patterns of biographical (re-)orientation. “Refugee migration” is not only a reaction to collective violence, but must be seen in its ongoing embeddedness in the dynamics of violence which structure the whole migration process.