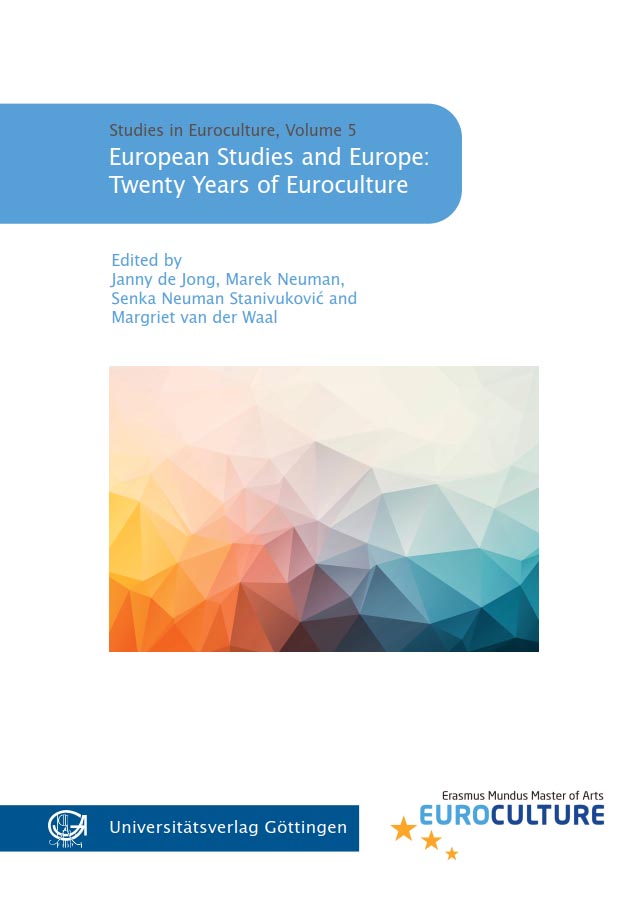 In 1998, the Master’s programme Euroculture started with the aim to offer, amid the many existing programmes that focused on European institutional developments, a European studies curriculum that puts the interplay of culture, society and politics in Europe at the heart of the curriculum. Among other topics, the programme focused on how Europe and European integration could be contextualised and what these concepts meant to European citizens. In June 2018, Euroculture celebrated its twentieth anniversary with a conference to discuss not only the changes within the MA Euroculture itself, but also to reflect upon the changes in the field of European studies over the last two decades writ large. This volume brings together the main findings of this conference. Since its start, Euroculture has engaged with European studies by providing a space for cooperation between more mainstream-oriented research on the one hand and a variety of sociological, historiographical, post-structuralist, and post-colonial perspectives on Europe on the other. This has enabled Euroculture to contextualise the emergence and development of European institutions historically and in relation to broader socio-political and cultural processes. Its methodology, that treats theoretical and analytical work, classroom teaching and engaged practice as integral parts of critical inquiry, has significantly contributed to its ability to continuously enhance scholarly discussions. The volume is divided into two parts, which are intrinsically linked. The first part contains reflections on the field of European studies and on concepts, analytical perspectives and methodologies that have emerged through interdisciplinary dialogues in Euroculture/European studies. The second part contains contributions that reflect upon the Euroculture programme itself, discussing both changes and continuities in the curriculum and didactic methods, outlining possible venues for further developing the educational and research programme that is firmly embedded in a network of partners that have been closely cooperating over a span of no less than two decades.