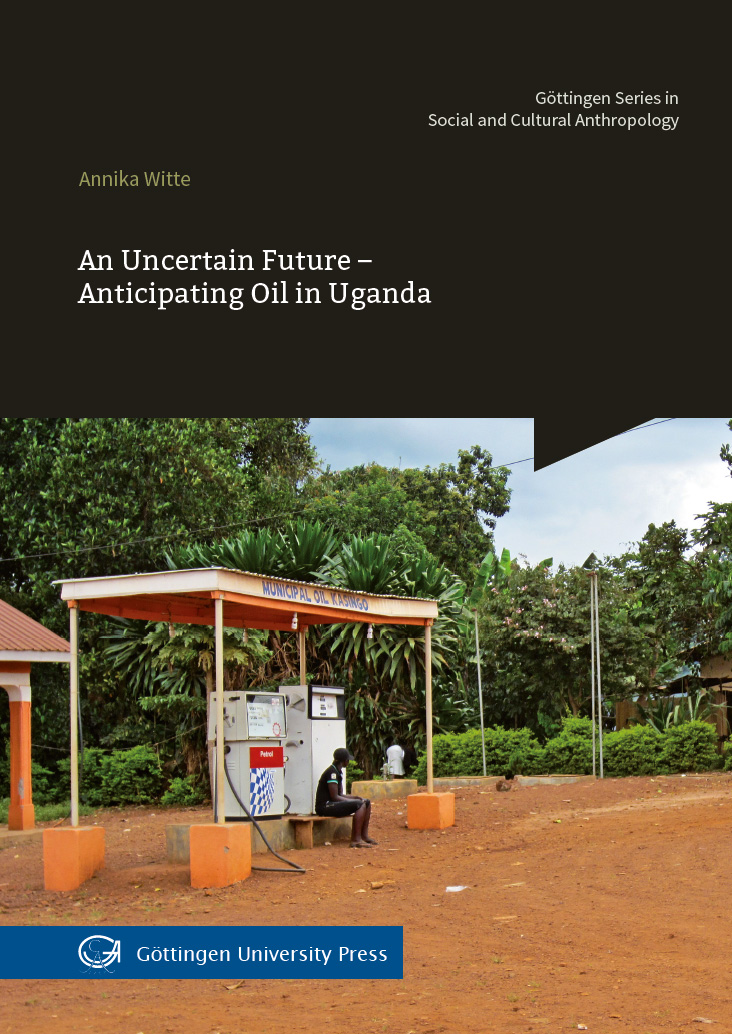 The discovery of oil in Uganda in 2006 ushered in an oil-age era with new prospects of unforeseen riches. However, after an initial exploration boom developments stalled. Unlike other countries with major oil discoveries, Uganda has been slow in developing its oil. In fact, over ten years after the first discoveries, there is still no oil. During the time of the research for this book between 2012 and 2015, Uganda’s oil had not yet fully materialised but was becoming. The overarching characteristic of this research project was waiting for the big changes to come: a waiting characterised by indeterminacy. There is a timeline but every year it gets expanded and in 2018 having oil still seems to belong to an uncertain future. This book looks at the waiting period as a time of not-yet-ness and describes the practices of future- and resource-making in Uganda. How did Ugandans handle the new resource wealth and how did they imagine their future with oil to be? This ethnography is concerned with Uganda’s oil and the way Ugandans anticipated different futures with it: promising futures of wealth and development and disturbing futures of destruction and suffering. The book works out how uncertainty was an underlying feature of these anticipations and how risks and risk discourses shaped the imaginations of possible futures. Much of the talk around the oil involved the dichotomy of blessing or curse and it was not clear, which one the oil would be. Rather than adding another assessment of what the future with oil will be like, this book describes the predictions and prophesies as an essential part of how resources are being made. This ethnography shows how various actors in Uganda, from the state, the oil industry, the civil society, and the extractive communities, have tried to negotiate their position in the oil arena. Annika Witte argues in this book that by establishing their risks and using them as power resources actors can influence the becoming of oil as a resource and their own place in a petro-future. The book offers one of the first ethnographic accounts of Uganda’s oil and the negotiations that took place in an oil state to be.