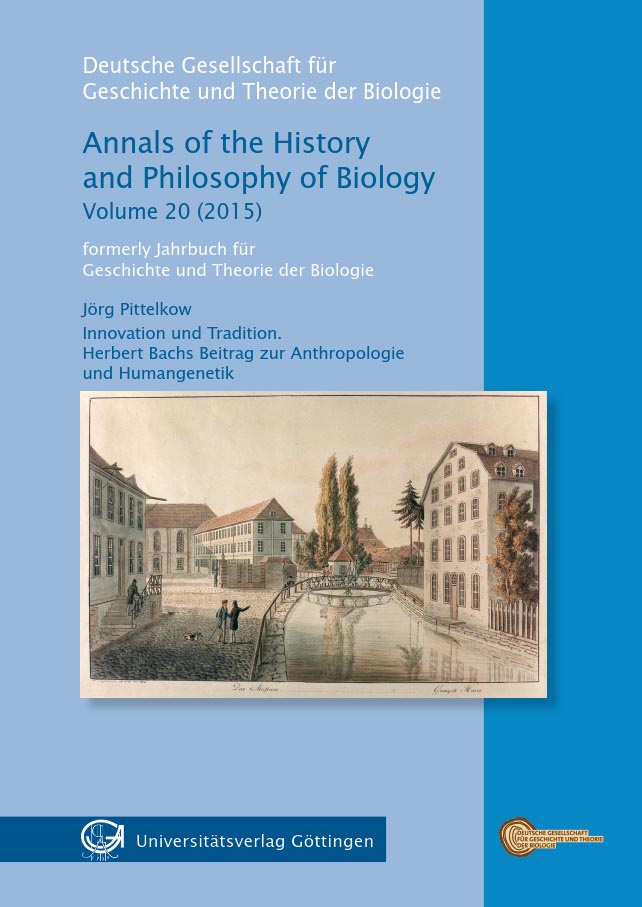 This book examines the contribution of the German biologist Herbert Bach (1926 – 1996) to physical anthropology and human genetics in Eastern Germany. It highlights his scientific achievements and publications, his work as director (1960 – 1993) and lecturer at the Institute of Anthropology in Jena (Germany). In order to trace his contributions, this work outlines the previous historical development of the Institute of Anthropology under Hans Friedrich Karl Günther (1930 – 1935) and Bernhard Struck (1936 – 1960). Bach fostered the cooperation between anthropology and genetics by examining anthropological data within a genetic framework. His major accomplishments included the prehistoric anthropology of former populations in central Germany and the implementation of genetic counseling services in Eastern Germany. As director of the Institute of Anthropology, he advanced anthropometrie and prehistoric anthropology and expanded teaching in content and scope. He elaborated new anthropological curricula of biologists, teachers and physicians. In addition Bach re-built the anthropological institute, shifting its focus from ethnology to genetics and expanding the scope of research and teaching. He also integrated the institute into a network of genetic counseling services.