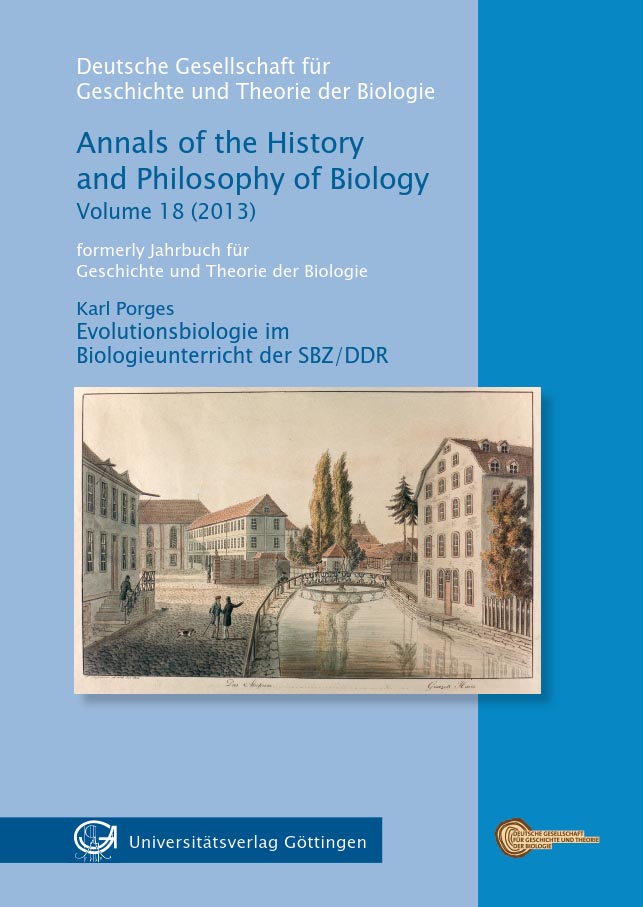 The scientific and public discussions over the last 200 years were shaped by findings from the field of evolutionary biology. Back in 1877, when Ernst Haeckel asked for the inclusion of evolutionary biology into class, he was met with fierce resistance (see Hoßfeld, 2010, p. 56). As Lässig (2010, p. 199) argues, knowledge is socially shaped. The aim of this study is to reveal the development of the significance as well as presentation of evolutionary biological contents in biology class within the SOZ/GDR and to embed it into the context of the respective prevailing political and social developments. Relevant curricula and schoolbooks as the most precise codification of the curricula fixed contents (see Neuner, 1989, p. 411) were used as raw material. For most subjects the history of schoolbooks is barely studied (see Pöggeler, 2003, p. 37). Therefore, as basis for this study, only one primary descriptive thesis about evolutionary biology in class (Rommel, 2006) could be used. Based thereupon an analytical framework will be introduced which follows a multidimensional approach of research by containing aspects of the three reference systems design, subject didactics and subject discipline. Product oriented separate and group analyses were used to evaluate the sources. This was carried out under the primacy of interdisciplinarity via analysis by content. The feedback of sociocultural changes on school books will be clarified in the concluding discussion. It will be shown that evolutionary contents occupied a significant position in biology classes within the SOZ/GDR and that the expression of those contents followed divergent approaches and preferences. The classification of teaching and learning material as an informational, pedagogical and political issue (see Stein, 1991) is taking place in the same context.